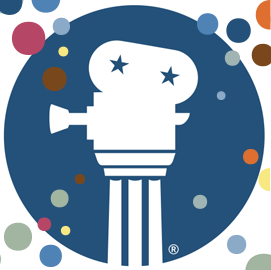 Home
About
Get There
Tickets

By DC Shorts (other events)

Join DC Shorts International Film Festival during 2021 Festival Week (dcshorts.com) for an informative Filmmaker Workshop - Screenwriting for Short Films. Once registered, a Zoom link will be email to you at 9:00am on the morning of the workshops - Friday, Sept 10, 2021.

Learn how screenwriters can adapt other works into scripts as workshop leaders Shoshana Rosenbaum and Liz Maestri present a case study of their recent film collaboration, NIGHT WAKING. This filmmaker workshop will cover:

Liz Maestri is a playwright and screenwriter based in Brooklyn, NY. Recent completed projects include short films NIGHT WAKING (dir Shoshana Rosenbaum) and THE LAUGHING CLUB (dir Jason Lobe), stage play THE ICE ROOM (Fearless New Play Festival), and the webisode "Together Alone" for Round House Theatre's ten-part original series HOMEBOUND. Liz is an alum of Playwrights' Arena (American Voices New Play Institute), the Playwrights Collective (Center Stage), and the 24 With 5 Collective at New Dramatists. She earned her M.F.A. in Playwriting in 2018. More at www.lizmaestri.com.

Shoshana Rosenbaum was named D.C. Filmmaker of the Month in May 2021. Her latest film, NIGHT WAKING, currently on the festival circuit, was named Best Sci Fi Film at the Sick Chick Flicks Film Festival. Her award-winning short films THE GOBLIN BABY and HIDE AND SEEK have screened at festivals around the U.S. and internationally. She has been selected to develop projects at Stowe Story Labs and The Attic Lab at Stranger With My Face International Film Festival, and her screenplays have been recognized by The Bitch List and the Austin Film Festival www.shoshanarosenbaum.com.

other events by this organization